Travel Dubai: Top 10 List Of Not To Be Missed Attractions 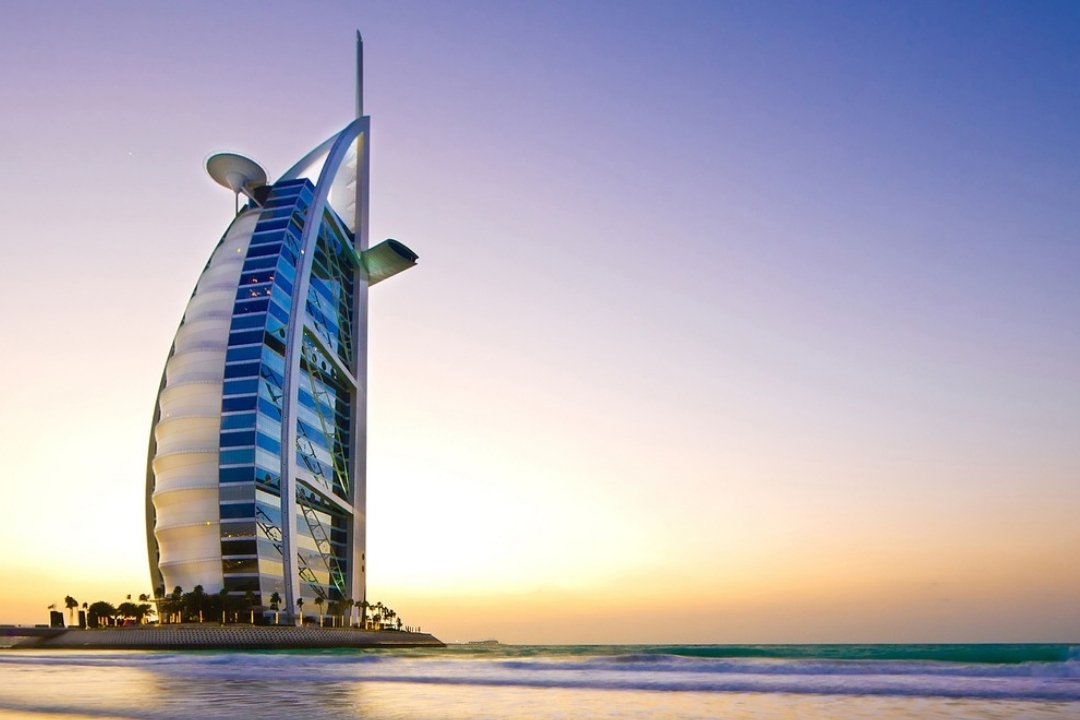 If you are planning a trip to Dubai and have any doubts about the main places of interest to include in your itinerary, this article is for you! Let’s find out what to see in Dubai, this modern metropolis full of ancient and modern tourist attractions.

If you have already known what to visit and what to see in Dubai and want to book your trip to Dubai, you can discover our various Staycation in Dubai and choose one to discover Dubai and also the capital Abu Dhabi!

This is the first place that comes to your mind if you are thinking about what to see in Dubai. The Burj Khalifa skyscraper, with its 828 meters high and its 163 floors, is the tallest building in the world.

From its upper floors, you can admire a breathtaking view of the city of Dubai, particularly impressive at sunset and in the evening, when a myriad of lights illuminate the city.

There are different types of tickets that allow access to the observation points, “At The Top” on the 124th floor (where there is an outdoor terrace), on the 125th floor and “At the Top-Sky”, the highest, on the 148th floor.

Among the must-see places in Dubai is Burj Al Arab, the icon of the city of Dubai. It is a skyscraper with a particular sail shape, which rises 321 meters above sea level and stands on an artificial island in the Jumeirah district.

This is not just any hotel, but the most luxurious hotel in the world (7-star category). If you cannot treat yourself to a night in this structure, given that the cost of a room per night is around 2000 dollars, you can still take the opportunity to visit it with the excuse of having a drink in one of its cafes or dining in one of its luxurious restaurants.

Dubai is considered the shopping capital of the Middle East. In the city of Dubai, there are events made especially for shopping such as the Dubai Shopping Festival and there are huge shopping centers dedicated to shopping and more!

In fact, in addition to the numerous shops present inside them (in the Dubai Mall there are 1,200 and Mall of The Emirates contains over 650 points of sale), there are many attractions of different types: cinemas, restaurants, aquariums and, in the Mall of Emirates, even a ski slope, Ski Dubai!

Dubai Mall has won the Guinness World Record as the world’s largest shopping, entertainment and leisure mall. While the first Apple Store in the Middle East was opened in the Mall of The Emirates.

The ancient district of Bastakiya

What to see in Dubai? Bastakiya is among the most important intersections and the oldest district in Dubai. The interesting neighborhood of Bastakiya was founded in the late 19th century by rich merchants of fabrics and pearls from Bastak, Iran, from which the neighborhood takes its name for its narrow streets and observing the traditional houses, now abandoned, you still have the perception of living in an ancient fishing village.

In Bastakiya there are important points of interest including the Al-Fahidi Fort. The fort was built in the late eighteenth century with shells and corals held together by layers of lime and used in antiquity both as a defense fort and as the seat of the governor of Dubai.

In the same district, there is also the Jumeirah mosque, a wonderful example of Islamic architecture in the Fatimid style. The white stone mosque can accommodate up to 1200 worshipers and is the only mosque in the emirate that allows entry to non-Muslims.

Still, wondering what to see in Dubai? A must-visit place in Dubai is Dubai Marina. Dubai Marina is a pleasant place to stroll, shop and, why not, indulge in a nice refreshing swim.

Its beaches are spacious and well maintained. Very special are the three palm-shaped artificial islands, Palm Islands, including the famous Palm Jumeirah, which houses luxury residential and recreational centers. In fact, it is a mandatory stop during the UAE Tours!

Located at the very tip of Palm Jumeirah, the Atlantis Hotel is a luxury hotel with a private beach, consisting of two identical towers linked together by a bridge. The hotel offers its guests the best comfort imaginable and nearby are Aquaventure Water Park and Jumeirah Beach.

Inside it has 2000 rooms and has one of the largest water parks in the Middle East as well as an immense aquarium, Dolphin Bay. In addition to all this, Atlantis The Palm has often been chosen as the location for the filming of various TV shows such as The Amazing Race 15 and The X Factor.

The dancing fountain of Dubai

Right in the center of the city, in the area of the Dubai Mall, the largest shopping center in the world, there are the spectacular dancing fountains of Dubai, a very particular architectural work that attracts a large number of tourists every day.

These majestic fountains, illuminated by a large number of lights and polychrome projectors and with powerful water jets that reach 150 meters in height, offer breathtaking spectacles to visitors. In these fantastic shows, the water moves to the rhythm of the music.

Among these fountains is the tallest dancing fountain on the planet which has an operating system considered the most powerful in the world.

The souks of Dubai

A visit to Dubai cannot be said to be exhaustive without visiting its ancient markets. Like any Middle Eastern city, modern Dubai also retains its traditional charm and its markets are the ideal place to experience it: fine hand-crafted fabrics, spices, perfumes and essences, gold and jewels, as well as all kinds of souvenirs and collectibles.

The most famous is undoubtedly the Dubai Gold Souk. It is the largest gold market in the Middle East and is located in Deira, one of the main districts of the city. Walking through its narrow streets, you come across an important number of workshops of artisans who work this precious metal to produce jewelry and furnishing objects.

We are talking about 10 tons of gold concentrated in one place! The gold trade in the city of Dubai has developed thanks to the presence, since ancient times, of traders from India and Iran.

Next to the gold market, there are those of fish, vegetables, those that sell handicrafts and gastronomic products typical of the Emirate, as well as the suggestive incense market.

Exploring Dubai Creek, a natural marine inlet that crosses the center of Dubai, aboard an abra, the typical wooden boat, is an unmissable experience to do!

The abra was the main means of transport in the city for hundreds of years. Admiring the city, with its myriad of skyscrapers and futuristic buildings from the sea, gives truly unique emotions and is also a privileged point from which to take splendid souvenir photos.

Just a few meters from the city, you can then leave the bewildering modernity of the city of Dubai behind to indulge in precious moments of quiet in the boundless desert.

Activities organized for tourists include sandboarding, camel or quad bike rides and dinners under the stars at Bedouin camps. In fact, a desert tour in Dubai is one of the things not to be missed!

The final hub to answer your question of what to see in Dubai is Dubai Frame.

In the city of excess that never ceases to enchant the world with the most modern attractions, is Dubai Frame. The frame was inaugurated in 2018 and since this moment it has become a main place of interest to be included in the trip to Dubai.

Dubai Frame is the highest frame in the world with its 150 meters. It is located in the Zabeel Park area and encompasses the Dubai skyline like a painting. The striking structure of the Dubai Frame allows a 360-degree view of the city of Dubai.