Relationship between world poverty and robotization

With the ever increasing population, more inventions and innovation from the newborn brains are inevitable (Craig & Hamidi-Noori, 1984). This combined with the need for increasing the levels of production to meet the rising demands, has led to a complete overhaul on the way production in the manufacturing world is done. (Craig & Hamidi-Noori, 1984) note that human labor is slowly being taken up by machines due to various reasons.  This automation of the manufacturing sector has therefore resulted to changes in poverty levels as discussed below. 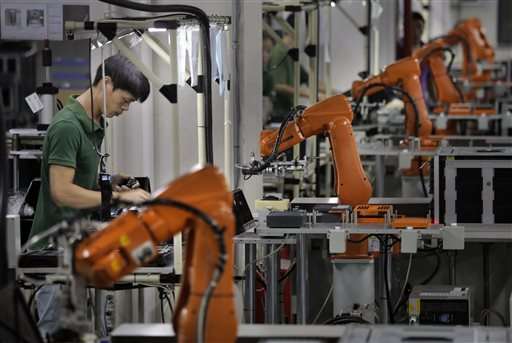 Unemployment rates are on the rise as more and more people are retrenched to pave way for these capital intensive methods of productions. Newly skilled workforce cannot be absorbed to the job market since it only requires a few people to operate these machines. With nowhere to earn a living from, many people become poor definitely raising poverty levels in such countries (Kubinski, 1985).

Meanwhile, robotization plays a vital role in improving poverty levels in a country. According to (Craig & Hamidi-Noori, 1984) robots work faster, precisely and for long unlike human beings. Henceforth, quantity and quality of goods and services produced rises hence more is exported from such countries raising their GDP (Gross Domestic Products) hence reducing poverty levels in such countries (Kubinski, 1985).