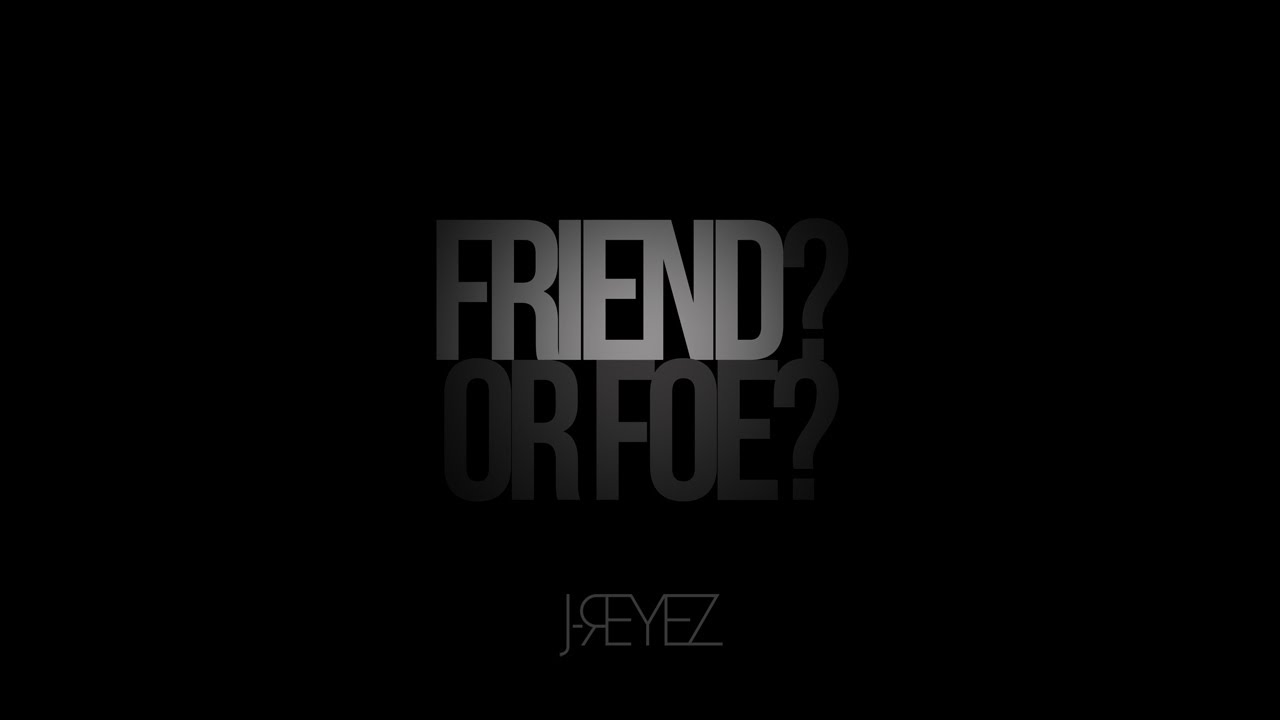 Friend or foe – verbal expression of the basic orientation of the mechanism that is used by an individual, group, community to determine its place in the social space and time, marking the social distance and social identity boundaries. According to the thesaurus youth concepts, concepts of “their” and “foreign” are a pair, which organizes the thesaurus core (body of knowledge and attitudes that are necessary and sufficient for successful orientation in the social life). What lies beyond the distance of “his-alien”, located on the periphery of a thesaurus is background.

“Friend or foe” – the most specific value attitude, performing the function of social orientation. It was originally social, “a” – the one who belongs to me, “his” – something that belongs to me, but at the same time and to the same extent “their” – from the circle where I belong, “his” – of those things, properties or relationships from which I am dependent (dependent on my safety, pleasure, happiness, and so on. d.). In logical terms antonym of “his” – “non-own”, but in value terms – “alien”.

“Alien”, “foreign” – marks not only located outside of “their”, but also opposed to “own” his enemies. The paradigm of “friend or foe” perceive the reality of individual, group, community. “Friend or foe” give thesaurus social significance. This built “world view” that gradually, as the socialization and the acquisition of social identity of people are formed in their minds.

Distance “his” and “alien” in a situation of inclusion of the individual in the group we can be most marked signs and values than to be realized efficiently. A similar phenomenon is observed in empirical studies on the sociology of youth, where respondents find it difficult to define a circle of “friends” and a circle of “foreign” with the direct formulation of the question (Kovalev, Lukow, 1999). This action clears “friend or foe” mechanism as largely irrational and concrete: the generalization of the dichotomous separation of social ties in their orientation occurs mainly as a scientific hypothesis.

Sometimes the situation is “alien” to the investigation, which sociologically accessed G. Simmel, R. Park, W. Thomas and F. Znaniecki, A. Schutz, Bauman and others. In some interpretations of the figure of “alien” is comparable with the figure a young man, at least in a number of its social role-playing activities and situations. Therefore, in the interpretation of A. Schutz “stranger” strives to achieve recognition for themselves, or at least tolerant to be treated by a group with which he approaches (Schuetz, 1944). This is a universal situation, which, in particular, occurs when the applicant enters into private club members; prospective groom wants to be admitted to the family of the girl; a farmer’s son goes to college; citizen settles in the village; inductee gets on military service and so on. d. The list Schutz majority of situations that characterize the assimilation of social subjectivity youth. Schutz identifies four circumstances that characterize the interpretation of the “outsider” new to him step-cultural sample group. First, the old scheme of interpretation of the new cultural pattern can no longer be based on indifference: a claim on membership in a group does not allow a stranger to stay in the position of an outside observer. Secondly, a new cultural pattern of remotely distant becomes close and takes on the character of the environment for the “stranger.” Third, the idea of the group to which “stranger” is, at odds with the idea of her in the group, from which the “stranger” was released, there is a mismatch of perceptions, which affects the orientation of the “outsider” in new situations for him. Fourth, the “stranger” does not show integrity in the new cultural pattern that is holistic only for members of the We-group. The discovery of this situation creates for the alien crisis of consciousness. Marginality “outsider” and is caused his orientation failure. The understanding of youth issues there is only an analogy mechanism, but the analogy is very expressive. It allows better represent, in particular, the nature of intergenerational relationship than is done in the conflict theories generations.

The issue of “own-alien” in youth research is reflected both in theory (Lukow, 2012), and in empirical studies (Lukow, Agranat, 2005). Also dyad “friend or foe” is used as the triad of “friend or foe-alien”, where the “alien” is treated as ant value incompatible with the thesaurus (while “foreign” qualifies as a non-value).