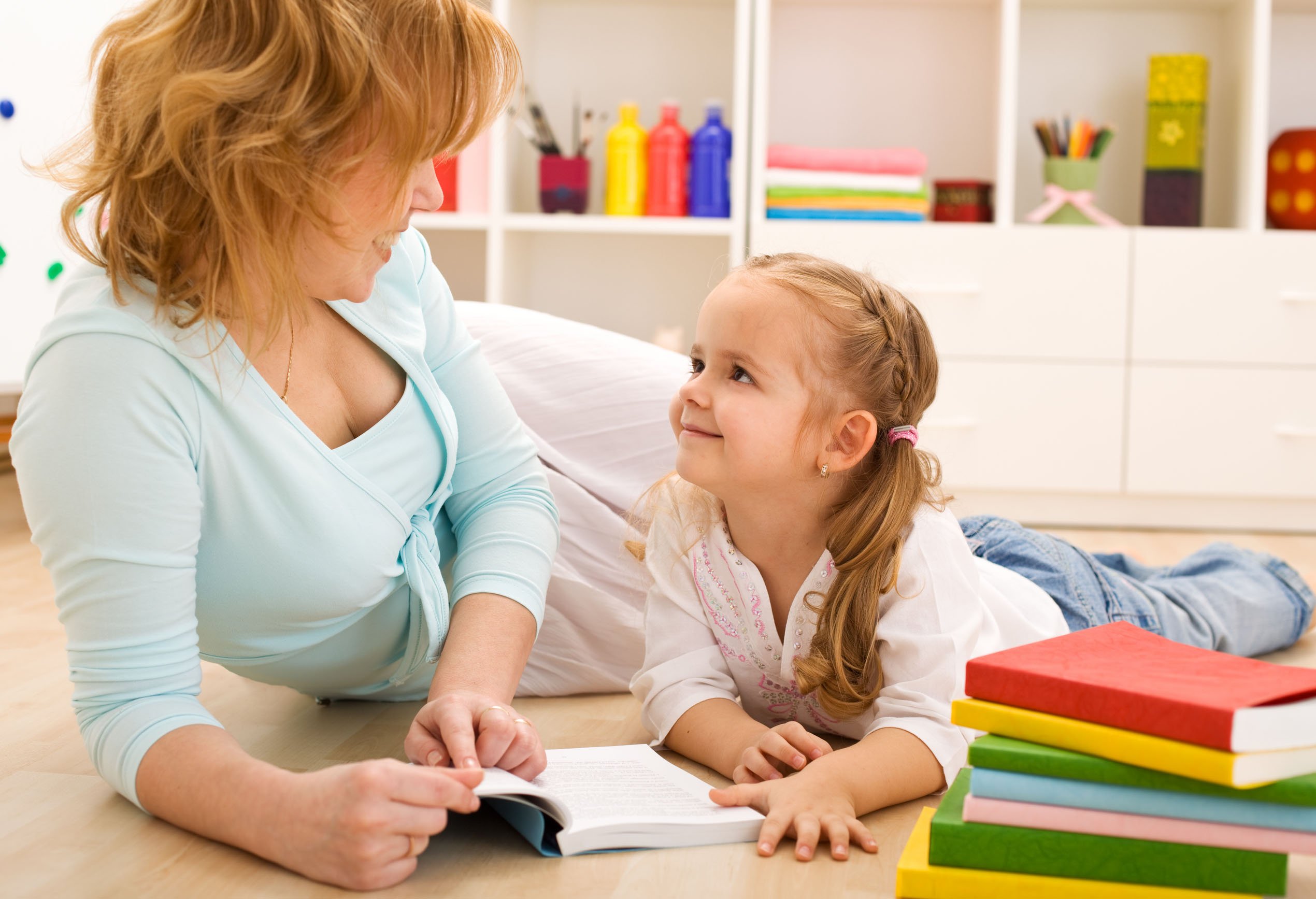 Education (sociology) – 1) a social institution and a set of social practices aimed at meeting the needs of society in the transmission from generation to generation the values and norms of social life, cultural patterns, signs and symbols in order to ensure social control, maintaining social solidarity and play public relations; 2) socio-cultural process consisting in purposeful and systematic impact on the individual, which is characterized by three main features: generates a human orientation mechanisms for life in the society, creates conditions for spiritual and physical development of the individual in accordance with the model of relations “teacher-educability” It provides a purposeful transfer of social and cultural experience of older generations younger. These three functions determine the place of education among all other social and cultural processes.

Education is by nature conservative, it is carried out in accordance with certain value-regulatory program and can not be divorced from social life outside of society, it does not make sense. At the same time, education can not replace the social environment and its impact on a person’s identity. Education, social life inherent in any, even a very early stage of its formation and development, gradually acquired the characteristics of professional activity, was perceived as the lot of teachers, and even in their midst stood apart from the learning objectives. But today, as in the past, the educational process continues to be associated not so much with those charged with the formal status of teachers as their human qualities and the scope of their freedom established by the socio-cultural environment. Parenting is an art rather than a science or technology.

Although the socio-cultural function of education is more or less similar for different nations and epochs, it is not goal orientation has unity even within the same socio-cultural system. Due to differences in educational objectives, and no single theory of education. In the European social and cultural context are four basic education paradigm:

The paradigm of authoritarian education reflects a one-sided nature of the relationship educator and educability in a traditional society. In this model, the most important function of education is realized, consisting in the transfer from one generation to the accumulated knowledge, social values and life experiences. Although the three other education paradigm emerged in the struggle against authoritarian paradigm of education, it is still in one form or another is implemented in the regulatory organization of family life and school. In theory, the paradigm of authoritarian parenting consistently realized in the works of JF Herbart, especially in the “General pedagogy derived from education purposes» (Allgemeine Paedagogik, 1806). The fact that an authoritarian education was challenged evidence of serious changes in European society, where traditional paternalism has lost its effectiveness. Call corresponds to the formation of modernity in Europe as a society based on rationality, the market economy, the idea of individual freedom. The student revolts of the 1960s greatly undermined in educational practice authoritarianism and were interpreted in terms of the theory of the conflict of generations and concepts of Mead on the types of culture.

Paradigm nature education – the first response of traditional pedagogy based on an authoritarian upbringing. Its origins are found in the “Pampedii” Czech teacher and humanist JA Comenius (1592-1670), in the writings of the English philosopher John. Locke (1632-1704), but it becomes paradigmatic features in the novel “Emile” of the French educator ZH. – J. Rousseau (1712-1778). Life in Nature and to follow nature, the removal of educability many prohibitions, rejection of artificial penalties and blind obedience contrary to the whole education system, adopted by the upper classes of society at that time. Individual freedom rejects authoritarianism and social hierarchy. Following the educational ideas of Rousseau meant the end of XVIII – early XIX century. Adherence to the idea of transforming society. In this way were the representatives of the theory and practice of natural education (IG Pestalozzi, A. Disterveg who added the idea culture, and others.).

At the beginning of the XX century. within this paradigm form of free education theory (E. Kay, G. Sharrelman, F. Gansberg, L. Gurlitt, PA Kropotkin, Montessori, and others.). They are characterized by the pathos of the struggle for the liberation of the pupil of the public pressure; attention turned to the problem of the suppression of the individual student in school, countering the unlimited power of teachers over students. The modern theory of education, focused on the relationship with nature, human nature, including those based on the development of environmental awareness. In the second half of the twentieth century. There is a mass awareness of the danger of an ecological catastrophe, which affected the system of values, and after that, and on the definition of the objectives of education, changing educational concepts. In the framework of their education is now often seen as part of environmental culture.

The paradigm of education in a group of peers – a set of children’s collective theories and practices on the formation of such communities. This is opposed to other authoritarian upbringing, overcoming individualistic orientation paradigm culture education. The paradigm is based on an understanding of collectivism as a resource that is in the group of educability and can be successfully updated for educational purposes. Peers – required to form a circle of communication skills, cooperation, achieve results based on synergy. This means that the effect of collective activity is greater than the sum of the individual effects of the activities of members of the group. Although in this direction has been successfully moved and English R.Baden Colonel Powell (theory and practice of scouting, 1907), and the Polish teacher J. Korczak (model home for orphans and its implementation in Warsaw, 1911), the deepest theory of education in the children’s group was the theory of a group of children of the Soviet educator Makarenko: she gave the most significant practical results. Makarenko broke the current before it re-system for young offenders institutions and made a bid for self-rule in the children’s collective, in the statement before him serious problems. Theoretically and practically Makarenko proved that teachers educational function of transmission to children is possible 1) without removing teachers from the process of education, and 2) when the educational function is not transmitted diffuse community of adolescents, and organized groups of teenagers, a system where there is a management subsystem, rules of conduct and sanctions for violations of these rules (Lukov Vl., Lukow V. Kovalev, 2006).

The concept of education of the person through the team can use in totalitarian societies, with success, and due to this possibility Makarenko experience in a number of works of Western authors unfairly characterized as “totalitarian pedagogy” (Gritsenko, Electronic resource). On the other hand, the concept of Makarenko is by nature anti-totalitarian and anti-authoritarian. We can say that it is universal, meaning that the support in the education of the individual to the collective corresponds to the peculiarities of human existence. In theory and practice of educational system Makarenko, its technological findings revealed an understanding of basic education opportunities as such – that is necessary for any child, not just in difficult life situation. By virtue of this education paradigm in the team of peers has not lost its value, and in the future, perhaps with the new risks and challenges of today will become the mainstream in the education of a new generation.

The paradigm of individual survival in a risk society began to take shape in the 1990s, against the backdrop of huge social transformation, which by this time in varying degrees, affected most countries in the world. It basically does not develop as a theoretical concept, but as a collection of some of the socio-cultural practices generated by globalization and meaningful near theorists – most of sociologists (Bauman, Bourdieu, Giddens, P. Drucker, P. Sztompka and others. ). This is a special case where the paradigm of education are not prominent educators who put forward the author’s concept of education. This situation has an explanation. Changing life strategies, the loss or weakening of the regulatory role of tradition, religion, ideology, and other cultural codes confronts education entirely new questions that often do not have satisfactory answers. The educational concept of a new type, generated by the risk society (its features are clearly visible in the series of global TV – the reality show “Big Brother”, “weak link” and others). Openly declared as a positive concept of success in life and in the forms the game is transferred to society in a weight amount, which would have been impossible in any system of education throughout the history of humankind. Its basic tenets: a) support the survival at any cost; b) life is a game; c) the plan of life has no meaning; g) the movement of an individual’s life trajectory is determined by unknown external force. This concept serves counterweight to authoritarian upbringing and theories, and those theories that are based on the ideas of individual freedom and raising the role of the collective.