Age cohort a collection of people, the social relationship between them is based on the temporal coincidence of significant events (year of birth, the year of graduation, years of marriage, etc.). The concept of cohort introduced in the late 1940s. PK Whelpton (1893-1964) (Whelpton, 1954), is widespread in the demographics, where it is associated with the notion of a demographic event (an event that happens to the individual person, having a value for thechange of generations of people, changes in population size and structure couples and families, as a rule, means a person entry to a particular group of people or disposal of it (demographic encyclopedic dictionary, 1985: 415) the specificity of the demographic approach is that such events occurring with individuals regarded as. uniform event across the population or groups that make up the demographic process and have probabilistic nature (ie, equally possible for all people who are in a certain state for example, age, legal status, etc…) set the order of the current registration of demographic events. birth, marriage, divorce, etc.) allows you to actively use the cohort analysis (analysis of cohort) the study of certain groups, selected by coincidence in time of demographic event, in order to fix the ongoing changes and forecasting population changes. Among these events, the most frequently discussed in demographic research, are: Birth, marriage, the birth of the first child and subsequent children, divorce, etc.

In a cohort analysis of different real and hypothetical cohorts. Real cohort allocated based on the simultaneity of events prior to that, frequency is measured in this study (e.g., specific mortality of birth cohorts). Hypothetical cohort is established because of events, the frequency of which is measured, and the previous event related in time and stretched in time (such cohort reflected in statistical yearbooks, which presents demographic fertility, marriage, death, and so on. D.). Isolation of real and hypothetical cohorts reflects the specificity used in demographics of the longitudinal and cross-sectional analysis, the difference of which is in the process of calculating the indicators: the cross-analysis of the main indicator the frequency of the events for the duration of the demographic status during a given calendar year, the longitudinal analysis frequency of corresponding events in patients belonging to this cohort. 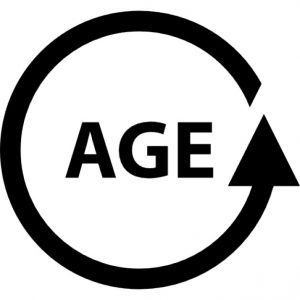 The sociological context uses some aspects of the concept of demographic cohort (often due to age issues). Nevertheless, first, in addition to the demographic developments foundation allocation cohort may be different socially significant event: the year of admission to the school, university, a historical fact (the revolution, the war, the coming to power, or the death of a political or a charismatic leader, and so on. and others. Second, for the sociology of the cohort is determined primarily by the presence of the general characteristics of the life experiences of people with appropriate sign, for example, graduates ofthis year. Occasionally Cohort temporal characteristic feature includes not only the year, but also one or two adjacent, depending on the content of the study of the problem; a cohort called “enlarged cohort” (Nikitenko, 1979: 17). This, among other things, means recognition of a particular social context, the representative of one cohort. Thirdly, it is recognized that even representatives of neighboring cohorts may differ significantly on any social characteristics (including the value orientation) during periods of rapid social change. In these cases, the unifying characteristic of the cohort can serve social risks it faces (Chuprov, Clove, Williams, 2001).

Ultimately, the use in sociological research concepts cohort and the cohort analysis not only quantitative but qualitative (description of life trajectories, etc.) Is on a par with the generation of issues, which are also widely, but with the other hand, studied and demography The sociological approach in this case allows you to select generation not only by age but also by socio-cultural base (Lukow, Melamud, 1998). Connectivity demographic and sociological approaches to the analysis of cohorts were in the 1960s. B. Ts shown Urlanis (1906-1981) in his study of the fate of generations of Soviet people who were born in 1906 (Urlanis, 1968).

Isolation of cohorts at the empirical research has been successfully applied in the framework of the sociology of youth. Thus, in the USSR, a major researchproject to study the longitudinal birth cohort 1965-1967 years of birth ‘generation Way “(head MH Titma) was implemented. The project’s strategy, launched in 1982, was based on the problem of long-term monitoring of changes in the social situation and the characteristics of the cohort of 17 years (high school graduation) and 30 years (acquisition of a stable social status). The study examined the different spheres of life, recorded the main events in the life cycle of young people. It was possible to obtain an empirical confirmation of the hypothesis that in itself is a new generation is not always a factor of social change (was fixed detachment cohort 26-27-year-olds from the processes of social transformation), which denies the importance of the position of the concept of generations Karl Mannheim (Sociology in Russia, 1998: 139). In 1990-ies. Project partially implemented in some regions of Russia, as well as Ukraine, Estonia, Lithuania, Latvia.

From the standpoint of sociology cohort, it is also regarded as a cohesive common ideas, goals group. In this context, it takes on the character of the institute of socialization (Nikitenko, 1979), speaking in the form of peer group (see. Equal Group). Given the differences in the social environment, the formation of such groups in sociology and sociolinguistics, and formed a picture of the age cohorts, which takes into account the nature and extent of communication of representatives of different social classes and strata. Thus, according to research (Bocharov 2001: 40), a young man from the working class intensively interact with other age groups of environmental their environment, on the other hand, communication young people from the middle class mostly closed in peer groups.